Welcome: You Have Taken the First Step…..

We are pleased to offer: Effective, Professional and Compassionate Counselling so you can Overcome Problems and Explore New Opportunities…

To make a booking, call 0451-533-608 to see a Christian Counsellor. Looking forward to meeting you.  Contact us to book a christian counsellor Gold Coast & Brisbane

Help is available for:

Phone: 0451-533-608 for an appointment with a counsellor or email:
info@christiancounsellingbrisbane.com.au

Freedom and Healing are Possible!

We are pleased to offer both counselling for Christians where Jesus’ presence and power is real and tangible and acts as a basis for the counselling process as well as respectful counselling for those of other worldviews, faiths and persuasions. We value you as a person and your choice and expression of life and do not push ours upon you . We can work within your beliefs and faith

Take a look at the short video below from Bible Project which presents the context for Jesus as the promised messiah. “Snake Crusher” Good for all ages.

Depression and anxiety are the most prevalent mental illness’  or disorders in Australia* We have proven results in getting to the root of these issues  and have seen often dramatic results of healing and improvement for the client. Click here to see fee structure

Answers to those hard questions 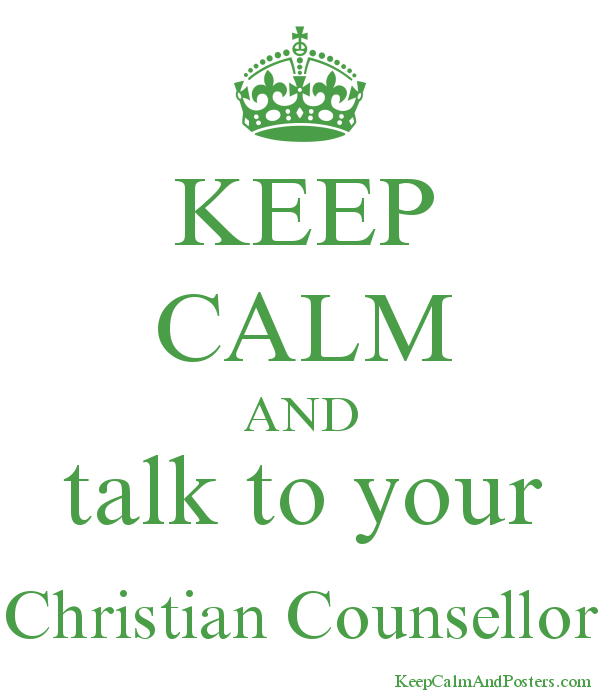 Our practice is Christ Centred.

Why is Jesus so awesome?

No greater person ever walked the earth than Jesus Christ. You can never have a big enough view of Christ. There is no one like Jesus.

Here are seven of the many reasons why.

1. Jesus is unique in historical verification.

When we read the history books, we often assume that historical records can easily verify ancient historical figures such as Alexander the Great, Plato, or Julius Caesar. That is not true. Very few ancient manuscripts exist that confirm the reality of any ancient history-maker—especially books or parchments that go back over one thousand years.

The Encyclopedia Britannica uses 20,000 words to describe Jesus—more than for Aristotle, Cicero, Alexander, Julius Caesar, Buddha, Confucius, Muhammed, and Napoleon Bonaparte combined. There is unequaled and undeniable proof that Jesus of Nazareth walked this earth some two thousand years ago.

2. Jesus is unique in the prophecies related to his life and work.

Jesus’ life purpose was announced by numerous prophets hundreds of years before his coming in 6/5 B.C. The Old Testament contains about three hundred references to the Messiah that could have been fulfilled only in the person of Jesus. These include that he would be a Jew (Numbers 24:17), from the tribe of Judah (Genesis 49:10), in the family line of David (Jeremiah 23:5), and born in David’s hometown of Bethlehem (Micah 5:2). Prophecies foretold he would be preceded by a messenger (Isaiah 40:3), betrayed by a close friend (Psalm 41:9), sold for thirty pieces of silver (Zechariah 11:12), crucified with thieves (Psalm 22:16; Isaiah 53:12), and buried in a rich man’s tomb (Isaiah 53:9).

Jesus’ claim to be the Messiah has no parallel in history.

3. Jesus is unique in his birth.

Jesus’ unique and utterly miraculous birth is celebrated all over the world each Christmas. Two detailed accounts of the amazing circumstances are recorded in Matthew 1-2 and Luke 1-2. Besides the angel Gabriel announcing the birth (Luke 1:26-38), the extreme humility of being born in a cave or barn reserved for animals (Luke 2:6), or the choir of angels that sang for some startled shepherds, Jesus being conceived of the Holy Spirit and born to a woman who was a virgin is unique in human experience.

But this, too, was prophesied: “The Lord himself will choose the sign: Look! The virgin will conceive a child! She will give birth to a son and call him Immanuel—‘God is with us’” (Isaiah 7:14).

Do you know of any other virgin births or any child conceptions that produced a life anywhere near that of Jesus Christ? As the creeds finally delineated, Jesus was fully God and fully man. God himself had taken on human form. Can we imagine anything more wondrous than the Incarnation? This act exemplified the greatest act of humility of all time—God stooping to become a part of his fallen creation.

4. Jesus is unique in his supernatural powers.

If anything stands out in the four gospels (good news accounts) of the life of Jesus Christ, it is God’s love expressed through miracles that freed and benefited people. The gospel of Mark contains fast-paced stories in which Jesus heals peoples’ diseases, casts out demons, multiplies food for thousands, and even raises people from the dead (e.g., Mark 2:1-12; 6:34-44; 9:14-29). John’s gospel, written by the disciple whom Jesus loved (John 20:2), builds its case on eight miracles that demonstrated the power and divinity of Jesus Christ.

A careful study of the New Testament reveals at least thirty amazing signs and wonders that Jesus performed while on the earth. No other person validated his ministry by supernatural means as did Jesus who “went around doing good and healing all who were oppressed by the devil, for God was with him” (Acts 10:38).

5. Jesus is unique in his perfectly holy life.

Jesus Christ remains to this day the only person who backed up his claims by a sinless life. You don’t find any youthful indiscretions such as plagued the early years of Saint Augustine of Hippo. Jesus’ adult years revealed no adulteries or crusades of violence such are recorded about Muhammed, the founder of Islam.

On the contrary, when questioned about his teachings or his unique moral authority, Jesus responded humbly and confidently to his accusers: “Which of you convicts me of sin?” (John 8:46). Deafening silence followed.

Jesus made it quite clear to all that followed him that the secret to his success was found in perfect obedience to his heavenly father. “I always do the things that are pleasing to him” (John 8:29). Did any other human being dare to make that claim? History and personal experience say no. Philip Schaff confirms, “It is his absolute perfection which raises [Jesus’] character high above all other men and makes it an exception to a universal rule, a moral miracle in history.”

How did he do it? Jesus was not a mere man—he was God in human form. The great French general, Napoleon Bonaparte, acknowledged that fact when he said, “I know men and I will tell you that Jesus Christ is no mere man. Between him and every other person in the world there is no possible term of comparison. Alexander, Caesar, Charlemagne and I have founded empires. But on what did we rest the creations of our genius? Upon force. Jesus Christ founded his empire upon love; and at this hour millions of men would die for him.”

6. Jesus is unique in his teachings.

Many of the world’s most memorable sayings and teachings came from the lips of the God-man, Jesus Christ. Years ago, the first section of Scripture that I memorized was the incomparable Sermon on the Mount found in Matthew 5-7. It begins with the Beatitudes, which describe the life that God honors, such as “Blessed are the poor in spirit for theirs is the kingdom of heaven” (Matthew 5:3). A few verses later, we find sentences still quoted two thousand years later by United States presidents: “You are the light of the world. A city set on a hill cannot be hidden” (Matthew 5:14).

These remarkable chapters conclude with the famous warning:

‘But everyone who hears these sayings of mine, and does not do them, will be like a foolish man who built his house on the sand: and the rain descended, the floods came, and the winds blew and beat on that house; and it fell. And great was its fall.’ And so it was, when Jesus had ended these sayings, that the people were astonished at his teaching, for he taught them as one having authority, and not as the scribes (Matthew 7:26-29).

The powerful and impactful words of Jesus, beloved by millions for over two thousand years, hold a special place in history and human literature. Jesus himself could say with confidence, “Heaven and earth will pass away but my words will not pass away” (Luke 21:33). And Mary Hopkins could echo, “No revolution that has ever taken place in society can be compared to that which has been produced by the words of Jesus Christ.”

7. Jesus is unique in his claims to deity.

Biblical faith makes a revolutionary assertion: The Creator God of the universe came to earth in the person of Jesus Christ and lived among us. According to both the Old and New Testaments, the coming of Jesus consists of nothing less than “God with us” (Isaiah 7:14; Matthew 1:23)—not simply a guru, a holy man, a religious founder, a wise man, or political leader.

Jesus is the only figure in history to claim to be God and back it up by living proofs.

Josh McDowell points out in Evidence That Demands a Verdict that there are three areas of Jesus’ life that point to his deity. The first represents his direct claims. These include numerous references to himself in which he stated unequivocally his equality with the Father (e.g., John 10:30-33; John 14:9). At his mock trial before the Sanhedrin, he answered the Jewish leaders’ question of his divinity by saying, “You say that I am” (Mark 14:62)—a Greek idiom for yes. When questioned about his age and authority in John 8:58, he famously declared, “Most assuredly I say to you, before Abraham was, I AM (eimi)—equating himself directly with Jehovah, the eternally existent God (Exodus 3:14; Deuteronomy 32:39; Isaiah 43:10.)

The second area reveals Jesus’ indirect claims to divinity. Norman Geisler lists seventeen references in which Jesus used terms that equated himself with Jehovah. They include being the Creator (John 1:3), Savior (John 4:42), Forgiver of sins (Mark 2:7, 10), the First and the Last (Revelation 1:17, 2:8), the Judge (Matthew 25:31), and the Redeemer (Revelation 5:9).

Albert Wells sums up well the unique aspect of the deity of Christ: “Not one recognized religious leader, not Moses, Paul, Buddha, Muhammed, Confucius, etc., have ever claimed to be God; that is, with the exception of Jesus Christ. Christ is the only religious leader who has ever claimed to be deity and the only individual ever who has convinced a great portion of the world that he is God.”²